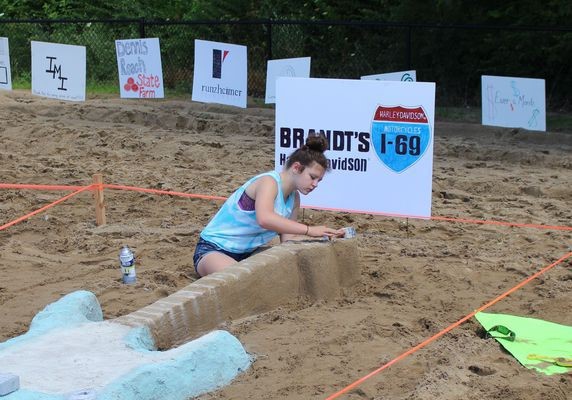 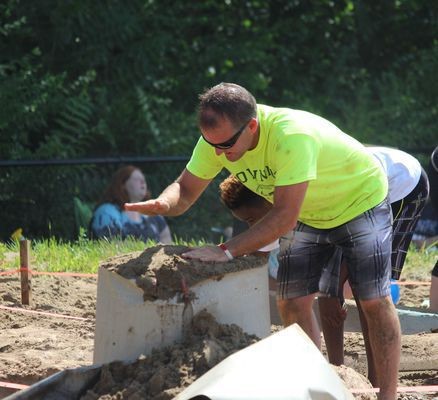 What started out as an idea between two kids looking to give back has evolved into a fundraiser that raises thousands of dollars for children in need.

Bradley Belcher, 19, and his sister, Lauren, came up with the idea when they were just kids.

“My family has always been very philanthropic and loved to help people,” he said. “My sister and I have a passion for helping children who are less fortunate than ourselves.”

As kids, Belcher said he and his sister were always putting on fundraisers such as lemonade stands for Hurricane Katrina victims. When the two came up with a sand sculpture contest, the two reached out to the community foundation for local organizations that help children. They ended up pitching the idea to CASA.

“It was interesting to see them all lean back in their chairs when two kids came into talk to them and within a minute or two of the pitch they were all on the edge of their seats,” Belcher reminisced. “Everyone was jumping to see who could make the motion first and second it.”

CASA's sand sculpture contest is the only fundraiser for the organization. Leslie Hendricks, director for CASA, said 24 of the available 25 spaces were claimed for this year.

“We're just so humbled every year by the turnout and the support we get from the community,” she said.

Hendricks estimates the event will raise $20,000 this year. Hendricks also said the once-a-year fundraiser is why it has become so successful.

“I think our cause, helping children who have been abused and neglected, is a certainly a tug on people's heartstrings but we are an agency who goes to the community one time a year,” she said. “We're not nickle and dime-ing them every week or every month.”

“It seems like every year we get a new, neat story,” Hendricks said.

Anthony Downing, a farmer from Greentown, fit the bill for this year. Downing said he saw an advertisement for the contest at his local bank earlier last week and signed up.

“I've always built sandcastles, even when I was a little kid, but I learned some tricks on the beach from a semipro and I've been sharing those secrets with everyone,” he said.

Downing was the only participant in this year's contest to actually build a sandcastle. The farmer from Greentown didn't go home empty handed as he took home the Raisin Awareness Award.

But for others, CASA's sand sculpture contest is an every year occasion.

“It's nice to see people out here and get to talk to them,” she said. “It's a great event and it's for the best cause.”

Looking back, Belcher never imagined the event would grow into what it has today.

“I thought it could be a cool fundraiser where you get some businesses out here to build some sandcastles and it's turned into this,” he said. “It's very cool to see how this has evolved.

Your email address will not be published.